By now, we’re used to some very dark themes in Shadowhunters, but tonight’s episode raised the bar in a way I’m sure absolutely nobody expected. In an episode about betrayal, demonic possession, and death, there were so many themes that were examined in a way that only made the darkness heavier.

In tonight’s episode, Jace is awaiting trial in the City of Bones, Simon is trying to figure out the secret in the box from Camille’s home in India, Alec and Izzy are down one demon-hunting partner with Jace locked up, and Victor Aldertree is doing his damnedest to assert his dominance over the members of the Institute as well as the Downworlders in the city. All of this set against the backdrop of Valentine’s looming threat somewhere out there waiting in the wings.

Warning: This post is going to be FULL of spoilers!

Tonight’s episode explored some really good themes, had some really dark moments, and revealed things that can never be ignored. The running theme of the night, however, was ‘Family’. With all the darkness and good in the whole episode, the main thing tying it all together was this thread of family and what it means to each character. There was such a crushing amount of pain related to the idea of family in this episode as well as some really heartwarming undertones of it as well.

The way that Simon and his mother are working to get back into each other’s lives is heartwarming. Simon has so much on his plate, but his mother and his sister mean so much to him that he’s willing to risk most everything to get his family back. His anger at Raphael for threatening his mother is so strong because of how much Simon’s mother means to him. After his father’s death, last episode learned that she fell into an alcoholic depression, and he’s worried about her. Watching him trying to balance his life being in danger with his mother needing him is such a wonderful and painful thing to see. It was upsetting that he had to call off family dinner to go to Clary, but that leads us to the most painful of all of tonight’s elements of ‘Family’.

We have to go ahead and address the biggest one of the night, and this is the biggest point at which that spoiler warning comes in: Jocelyn and Clary (and to an extension, Luke). With the Clave recalling Jocelyn to Idris, there was a lot of conversation about Clary just getting her mother back, and it was heartbreaking to think about splitting them up already. Jocelyn loves her daughter, that much is very clear, and the thought of taking her away from her is one that’s really emotional. Luke throwing his hat in the ring and deciding he won’t lose Jocelyn after he just got her back as well was such a heartwarming moment.And then the moment came that none of us were expecting. Even though Clary was leaning towards staying in New York, there was still the knowledge that Luke would go with Jocelyn and Clary would have that choice to see them, and just when we were comforted by their little family finding their footing, the gut-wrenching moment when Clary walked through that door and found her mother dead on the floor ripped that feeling of comfort away again.

Though nothing else of the night was nearly as crushing as that moment, and as crushing as I’m sure it will be when Luke finds out Jocelyn is gone, there were still a lot of things in this episode that kept coming back to the idea of family as a central theme beyond that of a mother and child.

We have the total opposite of Clary and Jocelyn’s relationship in the form of Jace and his hatred of Valentine. The difficult question was asked of him, ‘Do you love your father?’ and I was really happy that the reply for that scene was an honest one in which he said, ‘Yes and no’. Jace hates his father. He hates Valentine with a passion. That man has ruined his life over and over and was an abusive parent to him as a little boy. And yet he still loves the dream of a father that cares about him. No matter how much he hates him, he thought his father was dead and he can’t just stop loving the father he had invented in his head to hide the lie of how abusive Valentine was to him. It is entirely possible to both hate someone and still love them a little as well, which is shown perfectly with Jace and his feelings towards Valentine. 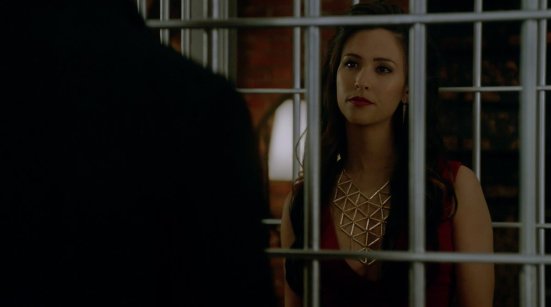 It’s also shown very well in the way Magnus feels about Camille. This episode gave us so much more insight into Magnus than I expected it to, and it was all still very in tune with the theme of ‘Family’. I could write volumes on how well this show depicts Magnus and Camille’s relationship as that of an abuse victim and his former abuser. He very clearly hates her, but at the same time, he can’t help but still love the part of her that wasn’t all bad. Just like Jace has the memory of a father who loved him, Camille was there for Magnus and cared about him when nobody else did. He addresses a suicidal incident in tonight’s episode and how Camille was the only person at that time that would care if he died. He associates her with the same feeling of ‘Family’ that Jace has with Valentine, though obviously of a different nature. He has obviously had a major falling out with her at some point, and the way he reacts to her is, as I said, like that of someone who was emotionally abused by a partner, but he still has that feeling of attachment to her. We also got to see a bit of her attempts at emotional manipulation once again, and I knew she lost it when she touched upon another aspect of ‘Family’. 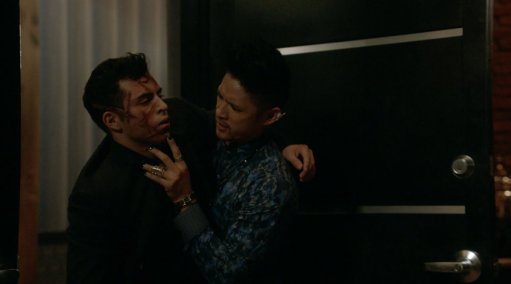 It is a generally accepted thing using the books this series is based upon as a platform for formulating general notions about the characters, but I never expected the show or tonight’s episode to so blatantly address the relationship that Raphael has with Magnus. Even when Raphael showed up at Magnus’s home after being tortured and he called him, “My boy”, I thought that would be as far as the show went to address the way Magnus feels about Raphael. Instead, we had Magnus actually addressing the fact that he feels like Raphael is his child. Without backstory, it’s hard to fully understand the scope of why that is, but the show did a great job tonight in emphasizing that sense of ‘Family’ once again. When Magnus said to Camille, “You have turned hundreds of vampires, your children” and then addressed the fact that a warlock can’t have children, so the Downworlders he takes under his wing become the only children he will ever have, he reminds us that, like he said earlier with the mention that Aldertree tortured Raphael to hurt Magnus, Raphael is, to him, like his son. Ultimately, that was where Camille lost the sway she had over Magnus when she was trying to talk him into setting her free. He mentions that Aldertree will hurt Raphael again if he doesn’t turn her over to the Clave. When he said that, she told him that, since he loves her, he will choose her over Raphael. She might have that connection of ‘Family’ to Magnus, but in asking him to choose her over the person he views as his son, she doomed any chance of him helping her.

How did you guys like tonight’s episode? Did you hurt as much as I did? What do you think will come next? Tell me in the comments!